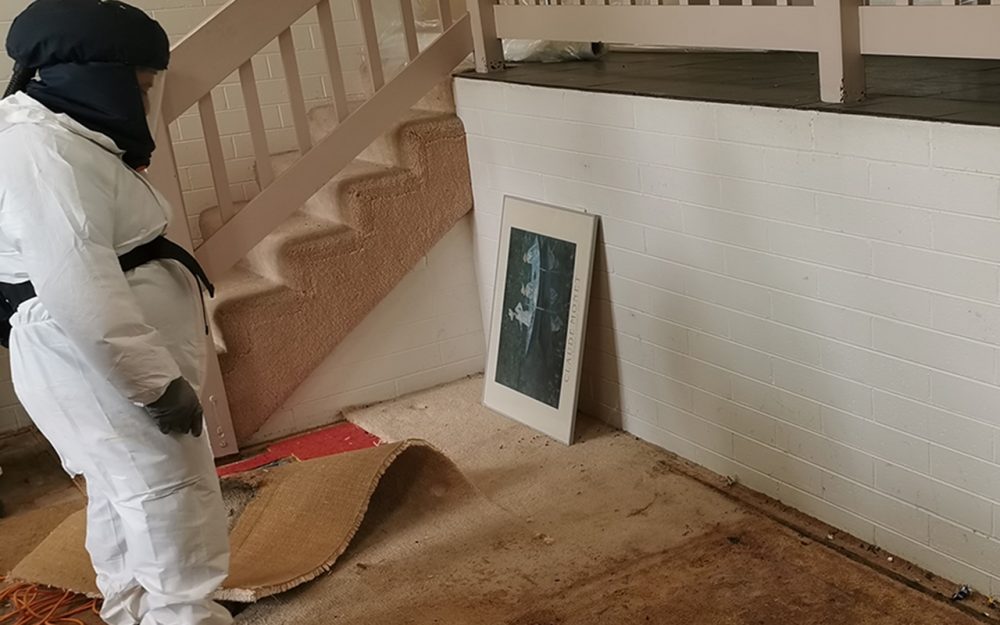 Experts in Mould Removal in Orbost

Our Expert Mould Removal and Remediation Team is mainly based in Orbost and Victoria, but we also have teams across Australia. All our technicians are trained and experienced in identifying, treating and preventing mould and any kind of biological contaminant. Whether you are a homeowner, tenant, real estate agent, landlord or investor in Orbost, we have the solution which will ensure your property is clean for good. We provide an effective way treating with mould. Call us today to get your free quote in Orbost

Book a mould inspection for your property in Orbost by trained technicians who will assist you in identifying the cause of mould growth in your property, as well as detecting any problems in moisture excess, water leaks and poor ventilation causes which may be contributing to the mould growth. Our mould removal specialists Orbost have extensive experience in assessing and cleaning properties with a vast range of contaminants including visible or invisible mould. We will be providing a comprehensive remediation plan including preventive measures which will prevent mould from appearing in your home again.

If you see mould or suspect mould is present in your home in Orbost, we are here to provide a mould inspection of your property.

Our mould inspection report includes: Before moving on cleaning visible mould by yourself, we recommend a mould removal specialist analysis in Orbost and Victoria and advice to see if some areas are contaminated by invisible mould. Chances are, if mould has appeared in your home, it is caused by a general issue concerning moisture level, ventilation, leaks and so on. If you elect to have Mould Removal Orbost complete the remediation for you the cost of the inspection is deducted from the remediation invoice. Each property and each case are different, and in some cases personal belongings and furnishings may need to be discarded, our expert technicians will assist with assessing the contents and developing an inventory of items deemed to be non-restorable. We do not sell or receive commissions on other products. Hence, you can rest assured that the results of our report and advice are unbiased. If you see mould growing in your property in Victoria, do not delay and book an expert inspection today.

The Need for Mould Remediation in Orbost and regional Victoria

A professional Mould Removal is necessary when you see mould growing in various areas of your property. If mould is present in a certain area, chances are it is growing or will grow in other unsuspected places and you will need to have it removed by professionals to prevent mould from appearing again. Our remediation team has extensive experience in cleaning mould and all sorts of biological contaminants and will make sure that mould will be eradicated from good, and that your home is perfectly clean and safe to live in. You can get an initial inspection as soon as today if you live in Orbost or regional Victoria. Mould is an organism that grows naturally on any type of surface and in a moist and damp environment. If not visible, sometimes mould can be detected by its murky smell. It reproduces by producing spores that are carried through the air and take root in places where they will further expand. Because of its particular ability to move through the air, Mould can pose health risks to people with asthma, allergies or any other breathing conditions. People with weaker immune system are more at risk than others. Mould Removal Orbost can assist you in Mould removal from your home for good. After an initial inspection, we follow a rigorous and efficient process to ensure your home is left in a clean and safe condition.